Spiritual experiences with the Religion of the Sun 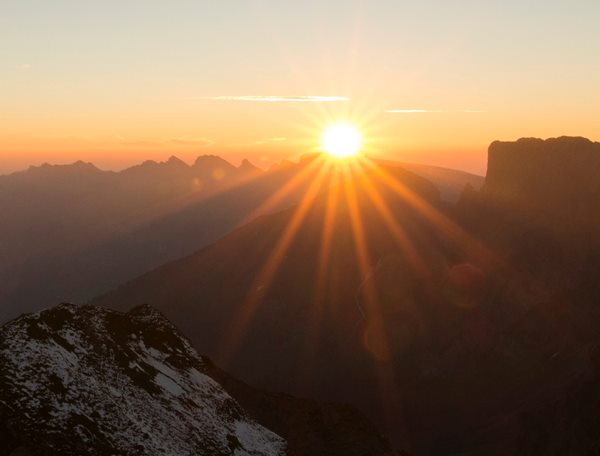 Photo by Dario Gartmann on Unsplash

These are spiritual/metaphysical/mystical experiences people have had to do with the Religion of the Sun.

They can include dreams, out-of-body experiences, near-death experiences, and visions. For more information about what they are, here is an overview of common mystical experiences.

They can involve meeting and being guided by great teachers of the Religion of the Sun. See here for experiences with the being remembered in Germanic/Nordic tradition as Odin.

A friend of mine recently had an experience; she couldn’t determine whether it was an out-of-body experience or just regular dreaming. She described that she was taken to a place between our planet and the moon by a purely spiritual being. She saw herself with no visible body of any kind, it was only her consciousness that was taken into outer space, so she was clearly out of her physical body.

The spiritual being asked her this question, “What do you see on Earth?”

She looked down on Earth and answered, “I can see my home country Japan, that island.”

Then the being asked, “Had you not been told that island was your home country, would you have recognized it as Japan?”

She said, “No, I would not have recognized it as Japan.”

Then the being asked, “Had you not been told about other nations on the planet, would you point them out to me as you are looking at them?”

She answered, “No, I wouldn’t. All I can point out are chunks of lands and oceans.”

The being replied, “That is really all there is on Earth.”

She was then given a vision of all the kingdoms and empires that existed in human history. They all had their own borders and their territories have expanded and fallen apart.

She quickly realized something and asked, “If countries don’t last, what is the thing that is unchanging and ever-lasting?”

She then saw the sun, so she asked if the sun could be that thing.

The being said, “It is the light from the Spiritual Sun that is unchanging and ever-lasting.”

She does not remember what happened afterward, but that experience shook her. She drew out the shapes of some of the empires that she saw in her experience, and then looked up the maps of past empires on the Internet, and was surprised to find that some of them matched up with her drawing! She never studied world history in detail so she didn’t know the shapes of these empires, so that was very impressive. She’s never had an experience like this before – she wasn’t thinking about anything like that, it happened very randomly. Due to her own request I cannot reveal her name, but she thought she should share her experience with as many people as possible.

Japanese goddess of the sun, Amaterasu 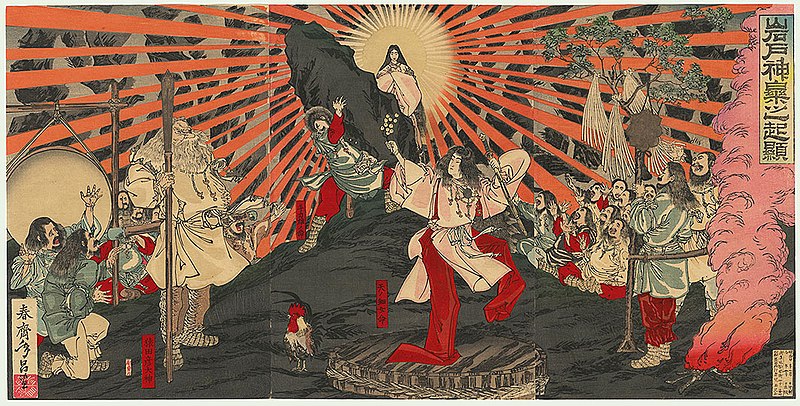 Amaterasu, the goddess of the sun in Japan, who the Japanese Emperors claim descent from. Her worship is believed to trace back to an ancient solar religion in Japan. Source

Neither me or her is a pro in astral travel but her experience seems to have occurred randomly and completely unexpected. This particular time period seems to be a very special time for her since she has received more than one divine revelation. A few days ago she told me that she met some Japanese kamis [gods] in her dream and they told her that many things written in the Nihon Shoki and Kojiki [the oldest official histories of Japan] are not true. They also said her people (the Japanese) have misused the name of Amaterasu [goddess of the sun] during WWII for “unforgivable reasons.” Amaterasu sent her descendant to rule over Japan [the “son of the sun”] so that the Japanese people can abandon the old ways that were “backward, but which they did not realize and have over time returned themselves to.” She doesn’t really understand what the kamis mean by this since Shintoism was about living in harmony with nature. She didn’t see Amaterasu herself, a figure which she has been researching. They explained this is because the light that Amaterasu has can be blinding to those who haven’t realized who she really is and who they themselves are. My friend, upon hearing this got worried and was afraid that Amaterasu has abandoned Japan. But then the kamis said that Amaterasu has never abandoned Japan, in fact she never abandoned the world, it’s the darkness within people themselves that has blocked them from seeing her. She will be found if the Japanese today are willing to seek her.

She woke up full of confusion, she understood how her people misused the name of Amaterasu in WWII, but she doesn’t really understand what “the light” means and what the old way that Japanese people were asked to foresake is. She also doesn’t understand why should they “seek” Amaterasu since they’ve always known her. She can’t really tell if this dream meant anything and she has more questions than answers. She also wanted to ask if Shintoism has anything to do with the Religion of the Sun, but didn’t get a chance to ask. She has been conducting intensive research these days and feels the urge to collect as much information as possible just so she could publish what she was finding and share it with the world to get attention. She thinks perhaps this is the reason she didn’t get to ask her questions and didn’t see Amaterasu, because her motive of doing the research has turned into pure self-satisfaction. She says she may need to pause her research and reflect on herself.

Buddha and the Sun

This highlights the potential pitfall of trying to date ancient sites using inscriptions (& surrounding artifacts) alone. We must take into account the level of "technology" used & the local indigenous accounts that say who built them, to (in some cases) have any hope at all.

another excellent example of inscriptions being added over already ancient objects. In this case, Ramses III added his cartouche, clearly carving it over the original features of the statue. #inherited #egypt

Elon's onto something, but I'd add it's also the spiritual source of all energy/matter. That's why ancient peoples worshiped it at the center of their religions. Light/energy has higher dimensional properties that ultimately trace back to the source of all matter & consciousness.

The sun is absurdly, overwhelmingly the source of energy in our solar system

Looks like @Graham__Hancock is coming around to the massive amount of evidence for an ancient race of giants existing in prehistory. Thousands of reports of giant skeletons are testified to by indigenous histories, which say these giants built megaliths & worshiped the sun.

Hugh Newman of Megalithomania joins us on my Youtube channel to talk about his compelling research pointing to a buried and forgotten chapter in human history that was filled with giants. Interview by Luke Hancock.
https://www.youtube.com/watch?v=FkxUsDnsLtI&list=PL47C8584198EB3982

More evidence for the use of ancient technology in the Great Pyramid of Egypt - the implication obviously being that an advanced lost civilization was involved in its creation. This civilization also clearly venerated the sacred sun.

@joerogan @BrightInsight6 There is evidence for tube drills on the inside of the granite box in the Kings Chamber - there is an overcut on the inside face (see pic). It was hollowed out with tube drills, and the outside sawn. Overcuts into granite don't happen with hand tools! 2

Had such a fun discussion with Sam Tripoli on his podcast Zero. We covered ancient religion and spiritual practice, Atlantis, giants, what Jesus really taught, the suppression of ancient knowledge, and lots more! You can listen with a Rokfin subscription https://rokfin.com/post/61897/125-The-Wisdom-Bringers-with-Lara-Atwood