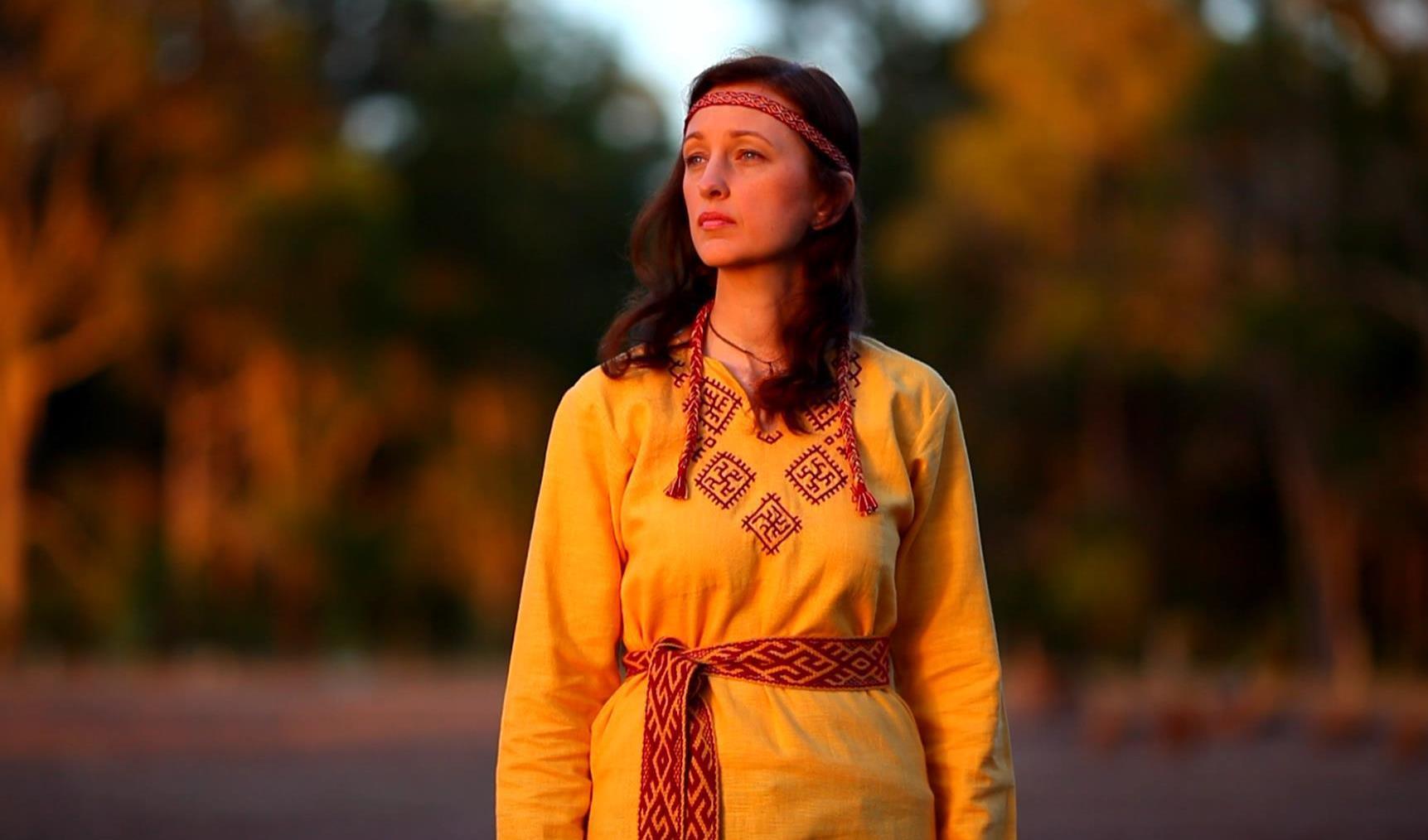 I’m a practitioner of and researcher into the native Indo-European religion of my ancient ancestors, which is a branch within a larger family of related solar religions stemming from what I call the ancient Religion of the Sun. I am descended from both those Indo-Europeans who migrated into Europe thousands of years ago from the Steppes, and those who remained around the Steppes until the Russian revolution (which they fled), as well as the Mesolithic hunter gatherer peoples of Europe. I am of mixed Indo-European heritage – being of British, Germanic, French, and Slavic ancestry.

I run the Sakro Sawel website and the YouTube Channel of the same name, which my husband Mark Atwood and I created in 2017, as a place to share our research on the ancient Religion of the Sun and instigate its revival. The name Sakro Sawel means “sacred sun” in the ancient Proto-Indo-European language. 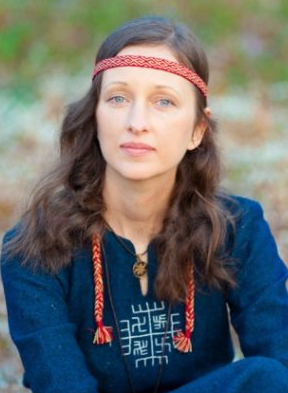 I have traveled to a number of ancient sacred places, including the Great Pyramids, Petra, Stonehenge, Angkor Wat, Chaco Canyon, and Uluru.

My books and videos are based on extensive research, which I began in 2011 – I have read thousands of books, articles and papers, and over one hundred ancient texts. I have researched scores of ancient sacred sites and hundreds of ancient illustrations, as well as the oral histories of indigenous peoples from around the world. I have read numerous genetic, linguistic, and archeological papers, and articles on scientific studies. Together, the books I’ve worked on are based upon over 2,000 references.

Mark and I first came across evidence for the Religion of the Sun in 2011. Since then I’ve been dedicated to the practice of the Religion of the Sun, as well as to researching and reviving it so that people today can practice it again, just as their ancient ancestors did. I have already presented and produced a number of videos on the subject, and plan to make many more.

I grew up surrounded by the beauty of nature and had a number of spiritual experiences as a child, which prompted me to attend a session of Church and Sunday School with my best friend at the age of 7, even though my family was not religious. I was curious to find out more about spirituality, but was disappointed by the stale old Church and unintelligible sermon, and even more so by the silly stories of Sunday School that I couldn’t understand how anyone, even children, could believe. That was enough for me to decide that I needed to look further than the current mainstream religions for answers; instead I felt the spiritual was alive and teaching through nature itself, where I would spend everyday as a child immersed in the mystical sense I felt from it.

My great, great grandfather was a Cossack (in what is now Ukraine where the order was founded). He used to lead the charge, singing as he did, with the men following behind, singing in chorus. His main job was to pioneer and establish new settlements. Being involved with the Cossacks my family were “White Russians,” who fled Russia (specifically Odessa in the Ukraine) to escape the “Red” Bolshevik revolution. The rest of my family were German, English, Scottish, Irish, and French. They built what they had on the backs of their own hard work in very difficult conditions.

I respect the right of all people to practice the religion of their choice, as long as its ideology does not prevent others from doing the same and/or it promotes unprovoked violence towards any other living beings. I also believe that all peoples have the right to preserve their culture, their ethnicity, and their nations, as long as it does not infringe on the right of others to do likewise.

Apr 2022 ~ Voice of Islam Radio Station ~ Live interview on the Voice of Islam radio station Drive Time Show, broadcasting out of London (episode 28-04-2022 Collective Consciousness and is Veganism Healthy?). Listen to the interview here (between 37.00 – 50.13)

Nov 2021 ~ Zero Podcast ~ Interview with Sam Tripoli on his spiritual podcast Zero. Listen to the interview on Rokfin here (a subscription to Rokfin is required to listen).

Nov 2018 ~ So Love Inner Radiance Youtube Channel ~ Interview with Jennifer of SOLoveInnerRadiance as part of the ‘Sol2Soul Global Summit 2’ hosted by Jennifer on Facebook. Listen to the interview on Facebook here or watch it on YouTube here.