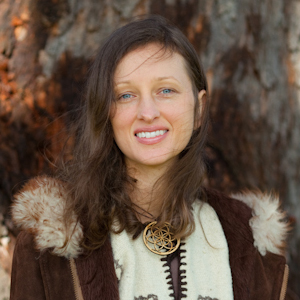 Sakro Sawel means “sacred sun” in the ancient Proto-Indo-European language. It is a term my husband and I put together by looking through dictionaries of reconstructed Proto-Indo-European words, and joining the words “sacred/sakro” and “sun/sawel” together.

On this website I (Lara Atwood) explore the ancient religion of the sun that was taken to indigenous peoples around the world following the catastrophe at the end of the last ice age (around 9,700 BC) by the legendary sages and civilizers recorded in world mythology.

It was central to a global culture that then diffused throughout the world, and was responsible for the building of many megalithic sites across the globe, all aligned to the sun at the solstices and equinoxes – and many even to each other across oceans. This religion also carried some of the greatest spiritual wisdom the world has ever known and was said to be the knowledge from a prior human age.

It is the timeless and eternal religion whose principles are imbued in the movements of the sun and stars, and the natural world. It’s the origin of many ancient wisdom traditions – some of which are still practiced today, like that of the pagans of Europe, the Druids, the Inca, the Hopi, Slavs, Hindus, Zoroastrians, Yazidis, ancient Egyptians, Sumerians, Minoans, and many others.

I believe it is key to understanding our ancient past, who we are, and why we’re here.

I’d like to thank my husband Mark Atwood, without which none of this would be possible. The spiritual aspects of what I write about and share come from his spiritual knowledge and experience, and the historical aspects from my research. Mark uncovered the deeper meanings and practice of the religion of the sun through his spiritual work and experience, which is enabling it to be reconstructed.

All the historical information presented in these videos is based upon available evidence, including ancient documents, archeological finds, documented oral histories, and scientific research.

You can find the Sakro Sawel YouTube channel here.

The video production team consists of:
Jon Alswinn as video editor,
Dara Hayes as designer,
And myself, Lara Atwood, as presenter and producer.