9 of the Most Common Mystical Experiences 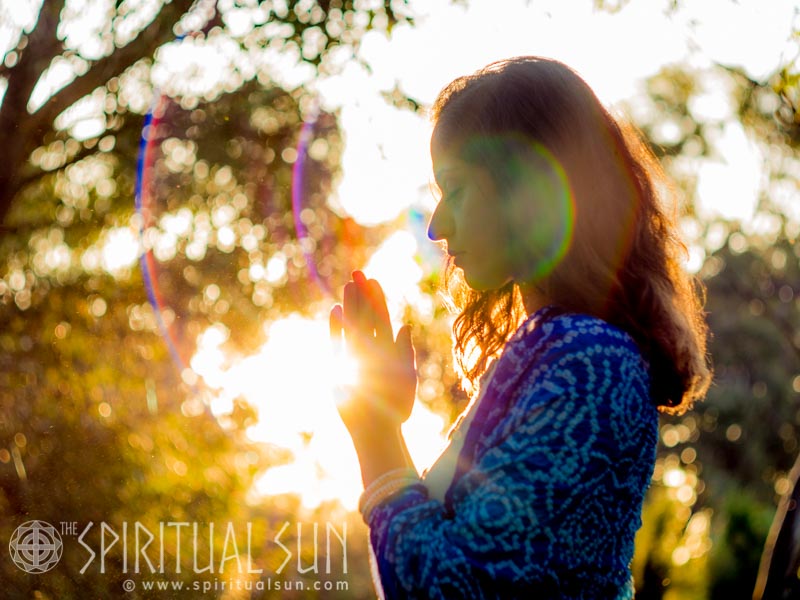 Have you ever had a mystical experience? Chances are, you’ve had many, as they can happen to us regardless of our belief, age, and culture, and often occur spontaneously. Their sometimes wanted, or even unwanted intrusion into our seemingly otherwise ordinary lives, can reveal a spiritual reality that influences and interconnects all that we are and experience, hidden just beyond the limits of physical perception.

There are many different kinds of mystical experiences which have been recorded by people since the beginning of human history. Here are nine of the most common—maybe you can recognize some that have happened to you:

1. Dreams – our everyday connection to the mystical

It’s said that on average, we spend 25 years of our lives sleeping, and 6 of those dreaming. It’s believed we have a colossal 1,460 dreams a year (which is about 4 a night), which we mostly forget upon waking. It’s clear that dreams are a fundamental part of our lives. Used by people throughout time, they have been the bringers of future premonitions, the deliverers of divine messages, and the windows into the nether regions of our subconscious desires, as they take place in dimensions beyond the physical world. There are techniques which can help with remembering dreams so they can be used to provide regular guidance on our spiritual journey, as well as almost every aspect of our lives. 1

Death could be just a moment away for any one of us. But death, as many near-death survivors have recounted, is really just the passing from one type of existence into the next. In the largest study of death survivors, nearly 40 per cent described having some kind of near-death experience (NDE) when clinically dead. Whilst this kind of experience should never be induced, it has emerged as one of the most common mystical phenomena, and one that is corroborating many truths written in ancient sacred teachings on the vast reaches of multi-dimensional reality.

Around one in ten people will have at least one out-of-body experience (OBE) in their lives. Although they can happen spontaneously, like when we become aware in a dream (sometimes called lucid dreaming), we can also learn to leave our bodies at will. Through using techniques of concentration, spiritual practitioners can remain mentally awake throughout the process of leaving the body that occurs as we fall asleep, and seek out knowledge consciously in the dimension of dreams and near-death experiences. 2 This is how many ancient people knew so much about other-dimensional reality, the beings that inhabit them, and the process of life and death, which advances in medical technology are only just now allowing us to glimpse through the eyes of the increasing number of near-death survivors.

4. Déjà vu and premonitions – seeing events before they manifest here

Ever had that eerie feeling that you’ve lived a moment before? Or dreamt of future events that later came true? Premonitions, and the sense of déjà vu, show us that events can take place in higher dimensions before manifesting here, which is why experiences that often take place in these higher realms—such as dreams, NDEs and OBEs—sometimes allow us to experience future events before actually living them out here. 3 Divine beings have also been known to use these experiences to show us things of the future, and those who can foretell the future, use the faculty of clairvoyance to peer into higher dimensions to see what’s yet to unfold.

5. A heightened sense of awareness and perceptivity – when consciousness switches on

Sometimes in life, we experience a heightened sense of awareness and perception—where the present moment comes sharply into focus, allowing us to tune into our environment and to non-physical messages and information. This is an experience of consciousness, freed from the influence of our subconscious, which normally keeps it clouded by our daydreams and emotions. The natural state of consciousness is psychic sensitivity, happiness, peace, and love; that’s why these moments of awareness are often accompanied by a sense of inner tranquillity and knowingness and why sometimes simply being conscious can be a transcendent experience in itself. These experiences can happen at any time, as consciousness is within us at every moment, however, it is possible to learn to be conscious more often and to increase these spiritual feelings. 4

6. Telepathy – tuning into our non-physical methods of communication

Have you ever gotten a phone call from your friend or family member just moments after you thought about them? Or realized you were thinking exactly the same thing as your partner, and have even been able to finish each other’s sentences? Thoughts and emotions occur in non-physical parts of ourselves, and sometimes we can psychically pick up on them without even trying. A good example of this is when we can tell someone is angry, dislikes us, or is attracted to us, without them saying anything. Some out-of-body experiences show that thoughts and emotions send out vibrations in other dimensions which we receive and transmit constantly like radio towers—usually at a subconscious level. These contribute towards creating that “vibe” of a person or place we can sense sometimes. 5

7. Apparitions and encounters with inter-dimensional entities

From a sudden drop in room temperature, to strange voices, and the sounds of footsteps, all the way to a seeing an inter-dimensional form or being manifest as if it were completely real, apparitions and inter-dimensional encounters can occur with all sorts of non-physical entities. These include ghosts; the consciousness’s of those who have very recently died; demons, who are those who have awakened in darkness; and angels, who are those that have awakened in light. 6 Sometimes, from higher dimensions, these entities and beings are able to interact with and influence physical reality. The consciousness’s evolving through nature called fairies used to reveal themselves to people of the past; their appearance formed the basis of many old folktales.

Countless stories of miraculous healings, help in times of danger, and even being given extra chances at life, have reportedly come as a result of prayer. One of the most central religious and spiritual practices of all time, prayer is a plea to the higher spiritual forces that oversee every aspect our lives—which have been described as guardian angels, ascended masters, immortals, and gods, in almost every culture. Many near-death experiencers have brought back visions of the power of prayer from witnessing angels responding to it from the other side—revealing a conduit of communication between us and spiritual beings that we can call on in our darkest hours, or at any time.

9. Synchronicity reveals that we are guided on our spiritual journey

Sometimes people, events, books, advice, and teachers, show up at just the right time—giving us the needed “sign posting” to point us in the right direction, usually once we’ve decided to actively pursue a spiritual journey. But how and why? These synchronicities can’t be put down just to coincidence, and allude to unseen guiding forces that influence our lives beyond sight—revealing that we are spiritually mentored and watched over even when we’re not aware of it, and that little if anything, happens by chance.